Apparently the US government used Osama as a basis to fuel favor towards a war that wasn't really about terrorism. The government also filtered information to the American public on any news regarding the death of Osama, which occurred in 2001. The fact that Osama had died in 2001 was already known in other countries.

So whats with the war?

Saudis want oil and BushCO needs people to pay them to make weapons.

Saudi pay's US to go to war and with Bush as president, US goverment pays BushCO to supply war goods to the army.


There is also information implicating Osama as a US collaborator or operative, stating Bush Senor had paid Osama 10 million to overthrow the current government in Pakistan. This was back in 1989.

As for if he died, who cares? The individual was hardly the point of a war, at least I'd hope so.

You know how much money total is Supposedly used to fund his search?

You are mixing things up so much you are completely incoherent.

The weapons of mass destruction claim was for Iraq. Also, he did have chemical weapons - we sold them to him in the 80s.

Fox right there is reporting a claim that he died. There have been many conflicting reports about Bin Laden's whereabouts. None of which are really important. We didn't invade a country to stop one man.

Come up with something coherent before you try to convince other people. If you can't even organize the thoughts you've been spoon fed by a conspiracy website and a low standard newspaper, then maybe you should reconsider them.

Why are you attacking me?

A little unorganized but completely incoherent, no.

You have nothing in your counter arguments, just your own opinions, and you try attacking me. 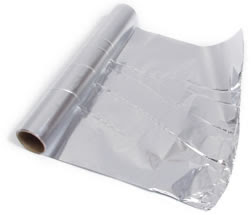 I'm not attacking you personally. I'm saying your opinions aren't convincing at all based on your links and on what I know and have learned personally. The only thing that your links back up, is that we really have no clue where Osama is. How does this point to anything??

I find them incoherent because you say a lot of stuff without making any overarching points. You move on from point to point without backing any of them up, and then you decide this proves the war was a complete sham.

Saudi pay's US to go to war and with Bush as president, US goverment pays BushCO to supply war goods to the army.

If you are going to prove it was a sham, you'd need to prove that Bush profited, and not just make stuff up!

If you've done research, link something credible. I'm done wasting my time on this. I can't counter stuff that doesn't make any sense.


"I researched, I didn't go off one website. " The part after the comma is not actually support for the part before it.

Really bast, out of all that, that's the part you decide to point out. I like this part "Saudi pay's". He of course means Saudi pay is.

Well I wrote it rather fast and I'm bad at grammar, also I didn't really check for errors but if that was all you where looking for then, you'll find some.

Whats with the hostility?

Rather than just attack me. Why don't you post some credible information yourself? Stop being a hypocrite talking about posting personal opinions. You have nothing posted except your own opinions. Stop trying to attack me too. Fine you support Bush, OK, back up your own claims with something credible. If you cant disprove what I've posted then, good, ignore this thread.

I can't counter stuff that doesn't make any sense.

Nice to know I support Bush, yet I love Obama. You and Ranger have my political views down like a nail.

There is sparta to his madness!

Didn't Osama give several recorded and verified statements after 2001 that said he was alive ?

As for if he died, who cares? The individual was hardly the point of a war, at least I'd hope so.


No, it was the 2976 casualties of the attack on September 11th, 2001. Such a vicious and low attack needed and still needs to be met with harsh measures.

Eye for an eye leaves you lacking depth perception and over-pronunciation R's ....pirate joke :P
But even One-eye Jack could find Saudi Arabia >.>

How about we put this in the same file as the Birther Movement.

I see alot of people have interests in this topic Lol. funny OH YEEAAHH!!!
This thread is closed to new posts. However, you are welcome to reference it from a new thread; link this with the html <a href="/bboard/q-and-a-fetch-msg.tcl?msg_id=002xLT">Hey did you know Osama Bin Laden Died in 2001</a>