For obnoxious chat blather even after being asked to stop.

is it because you knew somebody that died during 9/11?
because i kind of apologize. kind of.

in this case, maybe you're confusing "blather" with "mild, subtly offensive material." which is not very nice of me either. OOPS MY BAD. i like dancing beside the borders. oh when will it be the day i am shocked back to my recognition of boundaries? oh wait. it's right there and i haven't even crossed them yet. i guess it's all relative.

and it's funny because i don't really see myself typing nonsense in chat. sometimes i guess i'm just too abstruse. if only people knew what i was referring to, they would see its relevance to the previous messages. but that's my fault i let that happen. WHOOPS MY FAULT

also peace in the middle east, may allah bless the victims of 9/11 nevar forget

also be sure to watch Whiteout in theaters today! there's always a moment of silence in Antartica.

also be sure to watch Sorority Row. In theaters today! everyone will hear you scream. there will be no moment of silence.

also be sure to watch Tyler Perry's I Can Do Bad All By Myself. but don't do bad like the terrorists

also be sure to watch No Impact Man. almost like how planes impacted the world trade center. except there were people in those planes. and boy did they make an impact!
not literally, but how that incident affected all our lives. god bless america. no blood for oil.

Merry Planemas! Have a nice day.

I'm still an immature kid (which explains a lot) who's still in school so right now I can afford to not let things go. Anyway, this is just an online game with a nice community that isn't uptight at all.

If this doesn't draw out someone's banstick, I will have lost all hope.

This Hatch I agree with completely. This is a show of a complete lack of respect for the Admins on this site and should NOT be tolerated in any way. If this is let go then I fear a deplorable Fad in the making and for one will be shutting chat down on my CB settings when it starts getting worse.

Oh wims you poor baby. Has the internet been mean to you today?

This is an issue for the administrators to deal with, comments are not necessary.

I lol'ed. a lot. nicely done. it gettin surrious in hurr

I'm curious as to how this could be ban-worthy?

I'll comment. wims has been a petulant little prick as far as I have ever known.

can you not turn chat off?

*has no idea what's going on*


Can we double it for confusing obtuse with abstruse? 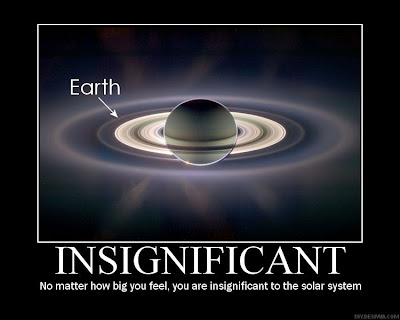 "No mom! Playpen and Baby Cage are not like tomato and toe-mah-toe!"

Man I'm just going to stay out of this one though.

Dang,and all I've been able to manage is a couple hundred K a few times!Seems I missed my chance for another horses behind moment. lol

I really wish I could see the chat logs. Did they fine him because of how he said what he said or because of what he was saying?

And when I said back in the day that I don't want to join the chat because I fear I might get fined for something I say there (acronyms mostly), you told me I'm crazy, that NOBODY ever gets fined for something said in chat, that fines are ONLY for forum posts, that all you get from chat non-PG slip-ups is /kick for a few seconds or /kill for one hour or so.

Take that, naysayers ! You CAN get fined for something you say in chat ! Neener-neener-neeeeneeeeer !

disclaimer: Well talking about 9/11 is a very sensitive subject for some. A good measure of respect should always be applied.

I've never got fined for being in chat and I have been for over 6 years.

As for the subject on continuing when an OP asked you to stop.
If an OP may ask you to stop, if you don't stop the OP can kick. Very much just.

As on the subject of the fine, I don't know what is been said nor do I presume to know, however to get a fine for talking your mind on which subject whatsoever be it "9/11" be it "US get out of Afghanistan/Iraq" is wrong and is the classic free speech vs censorship debate.

Don't care if you're personally addressed by this.

Can we double it for the movie picks then? I know he said them because they were released yesterday, but we have to draw the line somewhere on bad movies.

"Can we double it for the movie picks then? I know he said them because they were released yesterday, but we have to draw the line somewhere on bad movies."

I'm ok with that.

I feel like you guys are nonsensing up the thread.


I feel you are am extraordinarily sensitive feeler.

Can everyone stop being off topic here?

Guys, quit being off-topic with all your nonsense. Quit BLATHERIN, guys.

To get back on topic, why wasn't this just a quick /kill? I understand the idea of wanting to fine someone for going against an admin, but it seems like a /kill should have come beforehand and would have likely been enough to solve the problem.

This is not a plug @ wims. Truth is truth I have had conversation with wims before and as such I can definitely tell you that a one hour break would not have solved this. wims is persistent in his/her chat disrupting goals and will do so until personally satisfied with results gained.

Demigod: wims had been /kill ed before this happened. Apparently it didn't help.

Thanks, Shade. And even though my opinion does not matter, I fully agree with the fine if it was preceded by a /kill.

Yeah, I was /killed before, but that was for something completely different. Somebody called Verifex a troll even though he wasn't and I was mocking whoever said that. But because I didn't give any hints about my sarcasm apparently it was hard to detect because I turned into a gimmick of that, even though I felt it was painfully obvious.

This time, it was because I subtly made references to 9/11, I think.

I still think a chatban would've been better instead of taking away some of my virtual internet moneys that I worked hard to get on an online game on my computer.

Sarcasm is useless over the internet, why would you seriously think you could get away with it?

I would've banned you already, go away, troll.

literally: "thank you very much" is: Domo Arigato Gozaimasu

lol good lord
This thread is closed to new posts. However, you are welcome to reference it from a new thread; link this with the html <a href="/bboard/q-and-a-fetch-msg.tcl?msg_id=002sCj">wims fined $1 mil</a>